Professional Disaster Mitigation in Lenoir City is One Phone Call Away 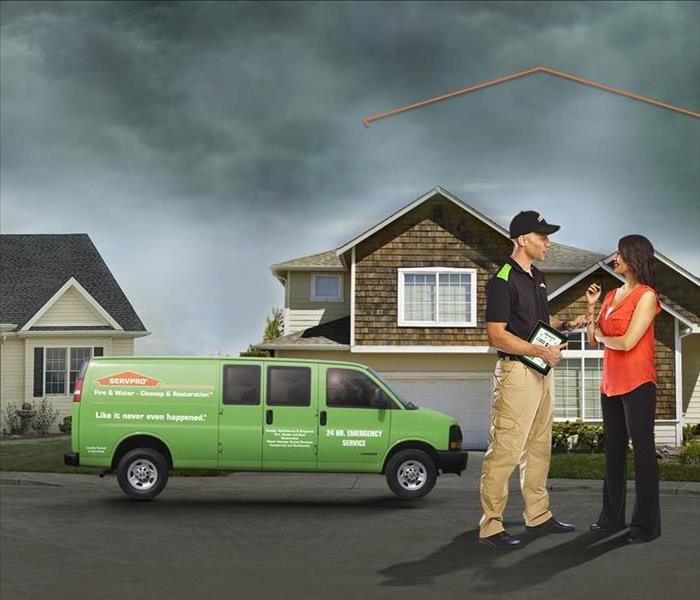 If your home needs water mitigation services of any kind, contact our certified professionals at SERVPRO right away.

Lenoir City is a steadily growing Loudon County community, proud to be a part of the string of Knoxville metropolitan area towns located along the Tennessee River southwest of the city. Thousands of years of Native American history starting 8000 BC to 1000 BC can be found in many of the area’s archaeological excavation sites and was occupied by such tribes as the Cherokee until as recently as the 16th century.

By the early 19th century, however, Revolutionary War veteran General William Lenoir was deeded the land and officially laid claim to it after a legal dispute with pioneer David Campbell. From there, the 5,000-acre plot was turned into a large plantation that was mostly razed during the American Civil War. However, the cotton mill was spared by Union soldiers due to the high demand for cloth and low supply of processing facilities.

Today, Lenoir is quickly growing in terms of both population and infrastructure. Between 2000 and 2019 alone, the population is estimated to have increased from 6,400 to over 9,300.

Noteworthy people from the quaint suburbs of Lenoir City include:

Bussell Island, formerly known as Lenoir Island, is well-known today as an ancient settlement and burial site for indigenous Americans during the Archaic period, from 3000 BC to 1000 BC. However, excavations of the area did not start until the late 19th century. They were put on hold once again during the first half of the 20th century.

The founding of the Tennessee Valley Authority (TVA) during the Great Depression quickly proved to be a great boon for Lenoir City’s economy. TVA’s construction of the Fort Loudoun Dam started in 1940 and breathed new life into the local job market.

Another crucial project started by the TVA was the Fort Loudoun Extension, a second dam to be constructed just downstream from the original dam at the Little Tennessee River’s mouth. The goal was to divert water to the adjacent reservoir and increase hydroelectric power produced by the Fort Loudoun Dam. However, sufficient funding for this project was not procured until the 1960s, when the project was renamed in 1964 to “the Tellico Dam Project.”

This project immediately faced challenges by both activist groups and legislative blockades when construction was slated to begin in 1969. Still, the dam was eventually finished in 1979. During the years that the project was stalled, however, the University of Tennessee was able to find several important archaeological sites in the Tellico Basin that were later added to the National Register of Historic Places (NRHP). Among these is Bussell Island, which was given the reference number 78002606.

Development in Lenoir City, particularly during the 1990s, was not without its setbacks. These included:

After the ruins were cleared, a new library, the Tennessee Career Center, and Roane State Community College were constructed there.

The early 2000s saw Lenoir City explode with new commercial developments, particularly along Highway 321. Later in the decade, Creekwood Park announced new developments, and a road was built between US-321 and I-75.

How Does SERVPRO Remove Water Damage from a Lenoir City Home’s Drywall?

While drywall is a mainstay in most modern homes, it quickly becomes fragile the longer it is exposed to water. SERVPRO technicians are trained to provide professional water mitigation per the Institute of Inspection Cleaning and Restoration Certification’s (IICRC) standards. These protocols include standards and guidelines for safely restoring and replacing drywall where needed.

Depending on the location and extent of the damage, processes for drying drywall include the following:

SERVPRO of Loudon & Roane Counties is prepared to bring residents Faster To Any Size Disaster service 24 hours a day, seven days a week. Call (865) 986-3015 for rapid-response mitigation and restoration services.