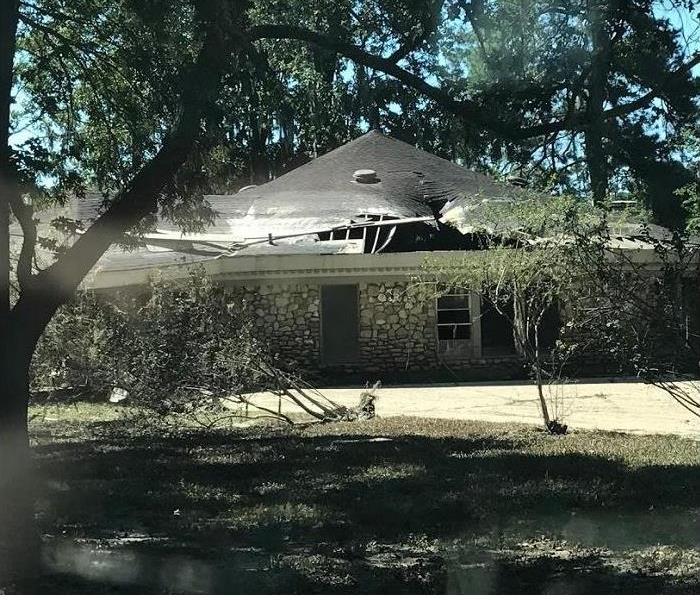 Do you know how to remove fire damage odors from your home? SERVPRO does! Call us for fast and effective remediation.

Fire incidents lead to different problems that must be dealt with to restore the preloss conditions in a property. The most common problem is a bad odor, which can develop from minor or catastrophic events. The response taken to remove odor from a property may depend on the intensity of the fire damage.

Some fire damage incidents in Lenoir City may be localized within a specific area but produce a thick smoke that spreads throughout the property. Such smoke may contain particulate matter, aerosols, and other residues, thus emitting a bad smell. It is easy to deal with such odor by ventilating the property to remove smoke remnants. Our SERVPRO technicians use axial air movers to ventilate such property, removing the particulate-filed air and replacing it with clean outdoor air.

Real particles, which keep evaporating into the air, compose the invisible odor, thus resulting in the smell that reaches the nose. If the odor originates from residues on surfaces of different materials within the property, a simple procedure such as ventilating the property cannot deal with the odor effectively. Our SERVPRO technicians can use activated oxygen to deal with such odor. We set up ozone or hydroxyl generators within the affected property, at least overnight, eliminating all traces of bad odor.

Some fire odor issues can persist even after a thorough cleaning and standard deodorization processes. Such persistence mostly occurs because of the deep penetration of odor molecules into materials. Any deodorizer used must be delivered deep into the affected materials to neutralize the odor molecules. Thermal fogging helps our SERVPRO crews remove such stubborn order since it mimics the smoke patterns that deposit the odor molecules initially.

Different kinds of odor problems can develop depending on how a fire incident unfolds. Call SERVPRO of Loudon & Roane Counties at (865) 986-3015 help fix all the effects from the fire, "Like it never even happened."