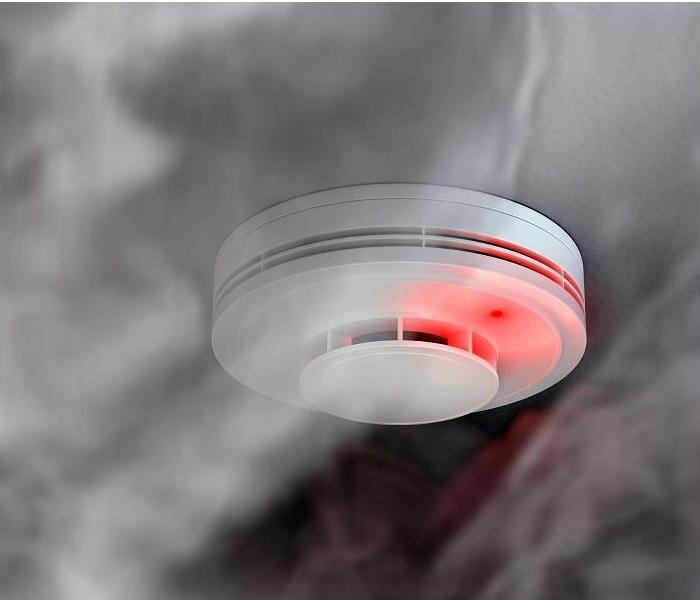 After a fire, the smoke odors linger. SERVPRO has the tools and equipment to remove the odors.

One of the biggest challenges that the restorers face after fire damage to your Lenoir City home is the odor. SERVPRO technicians understand the science behind the odor-causing smoke and soot particles and use a multi-step approach to eliminate them from a fire-damaged home.

SERVPRO technicians deal with odor-causing molecules after fire damage to your Lenoir City home by either masking the odor with pleasant-smelling deodorizers or chemically neutralizing them. SERVPRO techs use equipment such as Ultra Low Volume (ULV) misters to deodorize large areas after the fire and smoke damage, such as attics and crawl spaces. ULV foggers can produce small deodorant particles between 20-60 microns. However, other techniques are needed in some cases, such as fires involving protein residue and synthetic material.

What is a Thermal Fogger that SERVPRO Techs Use During Fire Restoration in Lenoir City?

A thermal fogger is an instrument that uses heat to vaporize a solvent-based or a petroleum-based deodorizer generating a 'smoke' or a fog containing very tiny particles (between 0.5 to 25 microns). As the deodorizer particles behave like smoke produced in a fire, they can interact more effectively with the odor-causing residues during smoke remediation of your Lenoir City home. The thermal fogs containing 'pairing agents' combine chemically with the odor-causing particles and neutralize them rather than just masking the odor.

If the SERVPRO technicians decide to use this technique, all people, pets, and plants must be evacuated from the environment. As fogging agents are flammable, all flame sources, electrical arc, or flash are also eliminated.